A student fills up their reusable water bottle in a dormitory hallway before rushing to class—probably one of the last things on their mind is where their recently acquired beverage has actually come from. The University of Wisconsin-Madison campus is like a separate suburb in a way from the actual city of Madison, but both purchase their water from the City of Madison Water Utility.

“The city water utility gets their raw water from a series of deep wells, around 20 total, in some cases 1,000 or more feet deep,” said Ned Paschke, program director and professor of Engineering Practice at UW-Madison. “Madison Water Utility owns and operates those wells and they pump that water out, adding various chemicals, into the distribution system.”

This system carries water beneath various streets and around the city as well as the university. If you’re ever on campus and wonder about the source of your sink water, read on to find out the secrets behind Madison’s water.

Where does it come from?

Madison’s water comes from 22 groundwater wells pumped by Madison Water Utility (MWU). The city’s entire water system is composed of the 22 wells, plus 30 reservoirs and over 800 miles of piping.[1]

“The wells are drilled in our local sandstone aquifer, an underground rock formation where water is stored in small spaces between and within rock,” said Marie Van Aartsen, a water quality program specialist at MWU.  “Groundwater in the Madison area originates as rain or snow that falls in Dane County, soaks into the ground and is naturally filtered through layers of soil and rock before replenishing the aquifer.”

The distribution system is divided into 11 pressure zones, where the Madison campus, located in part of the largest pressure zone, 6W, has water supplied from the following wells:

The wells that primarily serve the campus area are wells 14 and 19, which are year-round wells, and 6 and 27, which are seasonal wells. You can find out specifically which well supplies the water used at your Madison address by clicking here.

According to Van Aartsen, MWU does not directly pump water from any local lakes or streams.

How does it get from a well to my sink?

After being pumped from one of the deep wells, chlorine (in the form of a gas) and fluoride are added to the water, which is then stored in a reservoir.

“Booster pumps pump the water into the underground distribution system, or water mains, that are then individually connected to each property via a water service lateral,” Van Aartsen said.

After entering a building, internal piping connects the water to each point of use—a sink, toilet, etc.

Where does it go when I pour it down the drain?

The sources of water are connected to a sanitary system via a drain, where it travels to the Madison Metropolitan Sewerage District (MMSD) to be treated as wastewater.

Along with chlorine and fluoride, the university’s water is filled with naturally occurring minerals, or inorganic compounds, since the water is coming from the ground. Kevin Miller and Marie Van Aartsen examine a well that is no longer in use. Photo and caption courtesy of Treatment Plant Operator.

“Some of our wells may contain synthetic or volatile organic compounds (man-made contaminants) as well as naturally occurring radioactive substances from the rock formations,” said Van Aartsen.

How does it compare to other water?

In 1882, the decision was made to pump groundwater rather than surface water, which is very fortunate according to Van Aartsen.

MWU competed in the 2013 Wisconsin Water Association’s (WWA) Water Taste Test at the Wisconsin State Fair, and it was voted the best tasting water in the state.

A small taste test was conducted to compare water coming from a few nearby University of Wisconsin buildings. Five judges were given a small sample of water to taste and compare and were then informed of the campus buildings the water belonged to afterwards. The judges rated the water on overall taste and provided comments on each of the glasses of water from which they drank. Comments and results of the taste test can be seen below. 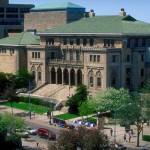 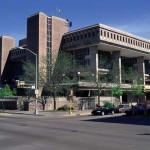 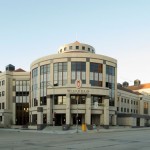 “It tastes the clearest to me. This is my favorite.”“I think this one is a little dirtier. It has a zing to it.”

“This is my favorite.”

“This is good water.”

“This tastes dirtier than the other two, but it tastes like a water fountain and it’s probably my second favorite.”

“This water has a weird, metal-like aftertaste.”

The School of Journalism and Mass Communication won this round, but many factors can affect the taste of water, such as the piping within a building or even the temperature of the water. At the time of the taste test, the water being judged was most likely coming from well number 19, but as you can see from the results, even buildings across the street from each other can have very different tasting water.