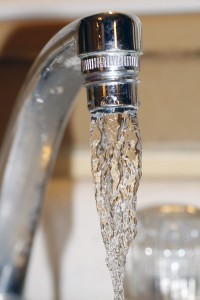 For many years, David Benzschawel, a civil engineer for the city of Madison, kept a large map in his office. It detailed dozens of closed landfills and historic dumps around the city. Benzschawel, who is now retired, checked the sites out himself and combed historic records to find out what was buried at each site.

At many of the sites, he found coal ash.

The legacy of coal ash disposal is readily apparent to city engineers and others who frequently run across the material when working on utility projects or preparing lots for construction.

Earlier this year, Madison removed 10,600 tons of fill, mostly coal ash and cinders, from a building site on the 700 block of East Washington Ave. that had recently been a car dealership. The material had become a concern because of its potential contaminants. It was hauled to a landfill.

One source of coal ash was the Blount Street power plant, operated by Madison Gas & Electric since 1902. The plant burned coal until 2011. Now it burns natural gas, wood waste and other materials.

Steve Kraus, a spokesman for the utility, said the plant did not generate the same volumes of ash as larger plants in southeastern Wisconsin. And because of the type of coal burned, the plant’s ash did not mix well as cement.

Still, he added, about 36 tons of ash from the plant was reused in the area after passage of the 1985 coal ash rule passed, part of it in the construction of Highway 12 between Middleton and Sauk City in the 1990s. The rest was landfilled.

But Kraus said it was common practice for many years before the 1985 beneficial reuse rule for MG & E and other industries, like Oscar Mayer, to legally dump ash in the many low, marshy areas on the Isthmus and elsewhere in the city.

“I’m sure that for parts of the Isthmus and anywhere there was a low spot, they threw in coal ash and garbage,” Kraus said.

Whether the ash has contaminated Madison’s water is unclear.

Chromium-6, an unregulated metal, has been detected at very low levels in 14 of Madison’s 22 municipal wells in testing that started in 2011. When ingested at high levels, it has been linked in studies to stomach cancer. It is found in coal ash, among other sources.

Joseph Grande, water quality manager for the Madison Water Utility, said the utility solicited input from the Wisconsin Geological and Natural History Survey. The Survey study analyzed rocks from the aquifer, found that they contained chromium and concluded that the rocks could be a potential natural source.

But the report did not address the potential for human sources, such as plating plants and buried coal ash.

Grande said wells on the Isthmus, where such contaminants are found in the upper levels of the aquifer, are cased with steel at depths down to 200 feet, below the area where contamination is likely occurring.

But Kenneth Bradbury, a hydrogeologist with the Survey who studies Madison’s aquifer, said the tons of buried coal ash are “not something you would completely rule out” as a potential source of the metal.

Grande said the utility is aware of the potential pollution from buried coal ash and has been testing for molybdenum in some wells. Those tests will be expanded to all wells next year, he said.

This story has been corrected. The U.S. Geological Survey’s analysis of rocks from the Madison aquifer found chromium, not molybdenum, as the story originally stated.