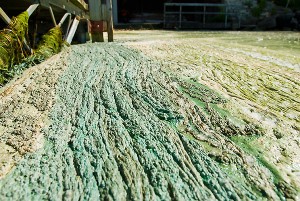 Algal Blooms like this one off the shore of Lake Mendota can form when a lot of phosphorus runs off into the lake. Photo: Bryce Richter, University Communications 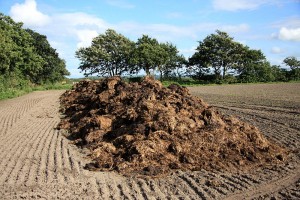