x
by Megan Duncan
on August 18, 2015
under Drinking Water
∞ Permalink 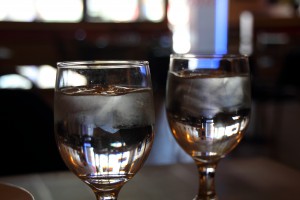 Wisconsin residents are happy with their drinking water – but they wish they knew more about the sources and threats to water.

They they feel confident in their drinking water quality at home and at work. But, they are asking for more information from state government and news media. And, they say, if they they don’t know who to turn to if they have questions about water quality.

The Confluence asked state residents to tell us their experiences and opinions about Wisconsin water early Summer 2015. The responses from 97 people paint a picture of residents who are mostly confident in the water in their drinking glass, but feel an information gap.

Not one of the respondents thought his or her drinking water was unsafe. In fact, residents said they are satisfied overall with the taste, color and smell of their water. And, the small portion of respondents who have private wells said they have had the well tested for quality in the past five years.

Two-thirds of respondents said they feel informed about both the source and quality of their water at home. But, in contrast, six of 10 said they didn’t understand the issues surrounding water quality in Wisconsin, and seven of 10 said they want to know more about the water in their homes and more generally in the state.

Those who took the survey pointed to two particular gaps in addressing their concerns: state government and the news media. More than half of respondents think the news media is ineffective at reporting water issues. And, 60 percent said they think the state government is inefficient at addressing concerns. But, more than half (53 percent) said they don’t know who to ask about those concerns.

Taken together, these results suggest participants are thirsty for more information about their drinking water. After all, water quality is a concern to those who answered the survey –  than 80 percent said that water quality was an important issue to them personally and to their community.

If you too are interested in letting us know your experiences and opinions about Wisconsin water, add to our data by completing the survey.